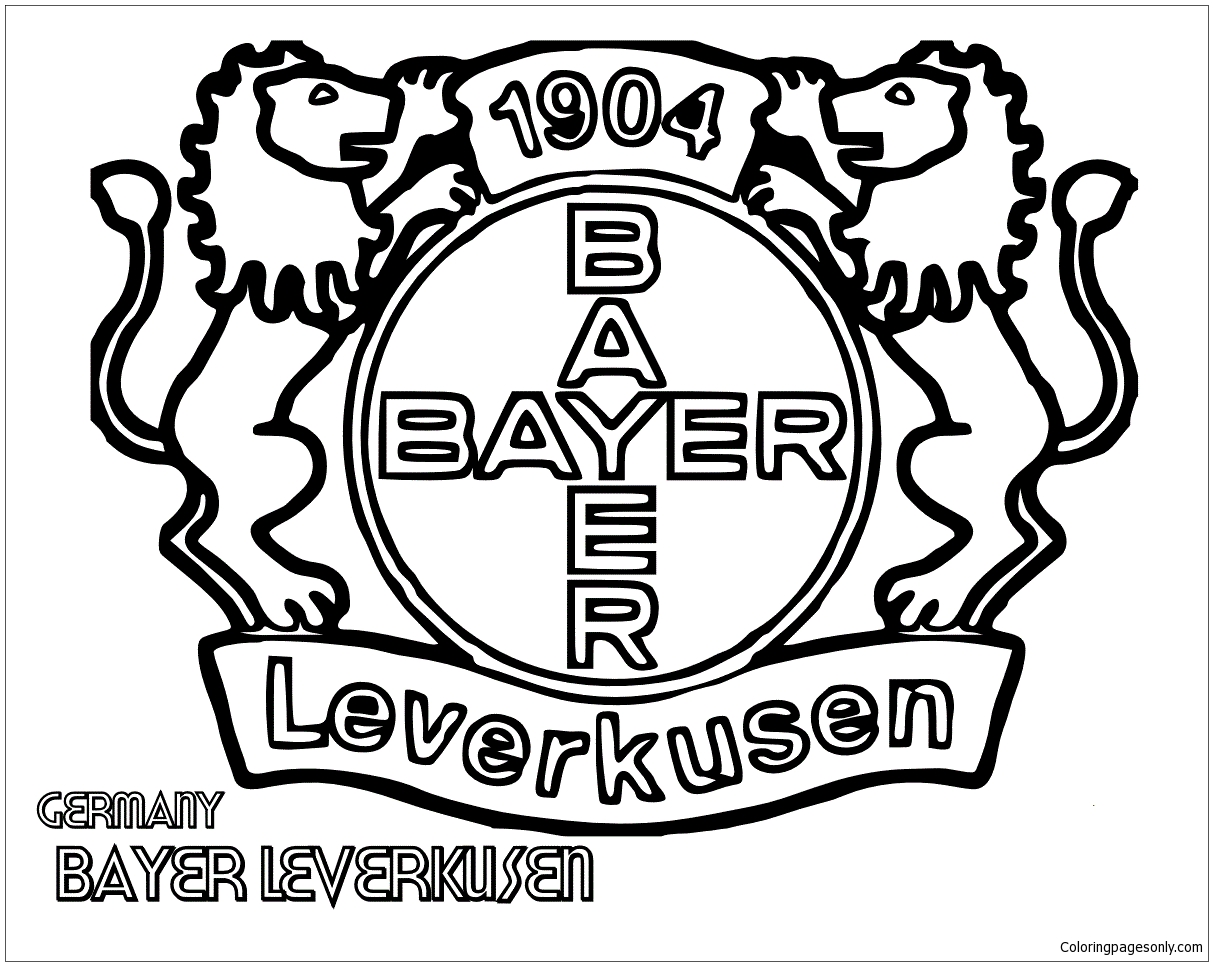 Bayer Leverkusen, Leverkusen or simply Bayer, is a German football club based in Leverkusen, North Rhine-Westphalia. The club plays in the Bundesliga, the top tier of the German football league system, and hosts match at the BayArena.The club was founded in 1904 by employees of the German pharmaceutical company Bayer, whose headquarters are in Leverkusen and from which the club draws its name. It was formerly the best-known department of TSV Bayer 04 Leverkusen, a sports club whose members also participate in athletics, gymnastics, basketball and other sports including the RTHC Bayer Leverkusen (rowing, tennis, and hockey). In 1999 the football department was separated from the sports club and is now a separate entity formally called Bayer 04 Leverkusen GmbH. Below is the logo of Bayer Leverkusen Football Club you can download to your computer or print it out and color it your own way. Or color online on our site. Much fun!