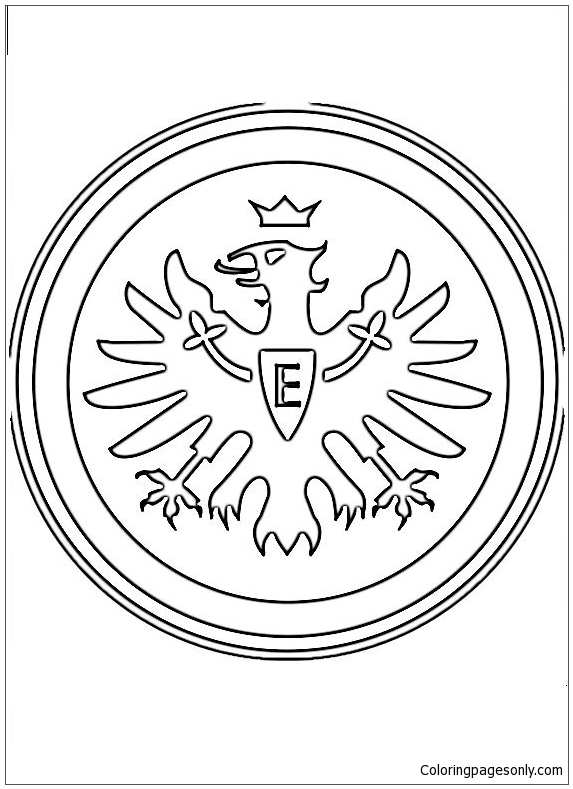 Eintracht Frankfurt e.V. is a German sports club based in Frankfurt, Hesse, that is best known for its association football club, currently playing in the Bundesliga, the top tier of the German football league system. The club was founded in 1899 and have won one German championship, five DFB-Pokals, and one UEFA Cup. Since 1925, their stadium has been the Waldstadion, which was renamed Commerzbank-Arena in 2005. Below is the logo of FSV Frankfurt Football Club you can download to your computer or print it out and color it your own way. Or color online on our site. Much fun!