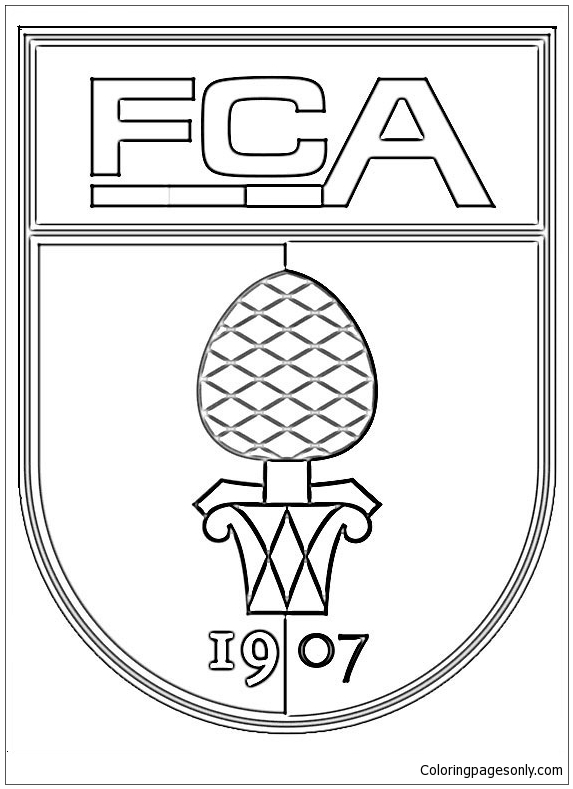 FC Augsburg or Augsburg, is a German football club based in Augsburg, Bavaria. FC Augsburg play in the Bundesliga, the top tier of the German football league system. The team was founded as Fußball-Klub Alemania Augsburg in 1907 and played as BC Augsburg from 1921 to 1969. With over 12,200 members, it is the largest football club in Swabian Bavaria. FC Augsburg, which has long fluctuated between the second and third division, experienced a difficult time in the early 2000s, suffering relegation to the fourth division for two seasons. FCA recovered from this, returning to professional football in 2006. At the end of the 2010–11 season, Augsburg was promoted to the Bundesliga for the first time. Since 2009, FC Augsburg's stadium has been the WWK ARENA. Below is the logo of FC Augsburg Football Club you can download to your computer or print it out and color it your own way. Or color online on our site. Much fun!