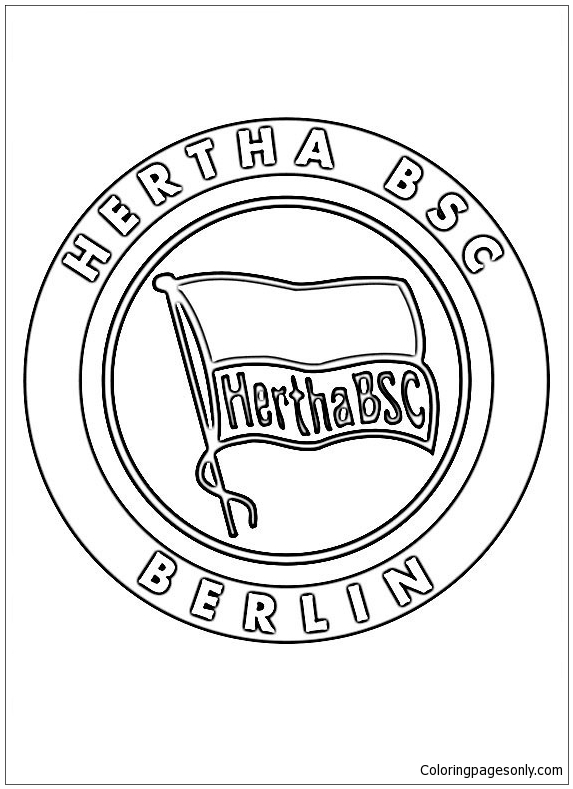 Hertha Berlin, Hertha BSC Berlin, or simply Hertha, is a German association football club based in the Charlottenburg locality of Berlin. Hertha BSC plays in the Bundesliga, the top tier of German football, after finishing first in the 2. Bundesliga in 2013. Hertha BSC was founded in 1892 and was a founding member of the German Football Association in Leipzig in 1900. The team won the German championship in 1930 and 1931. Since 1963, Hertha's stadium has been the Olympiastadion. Below is the logo of Hertha Berlin Football Club you can download to your computer or print it out and color it your own way. Or color online on our site. Much fun!