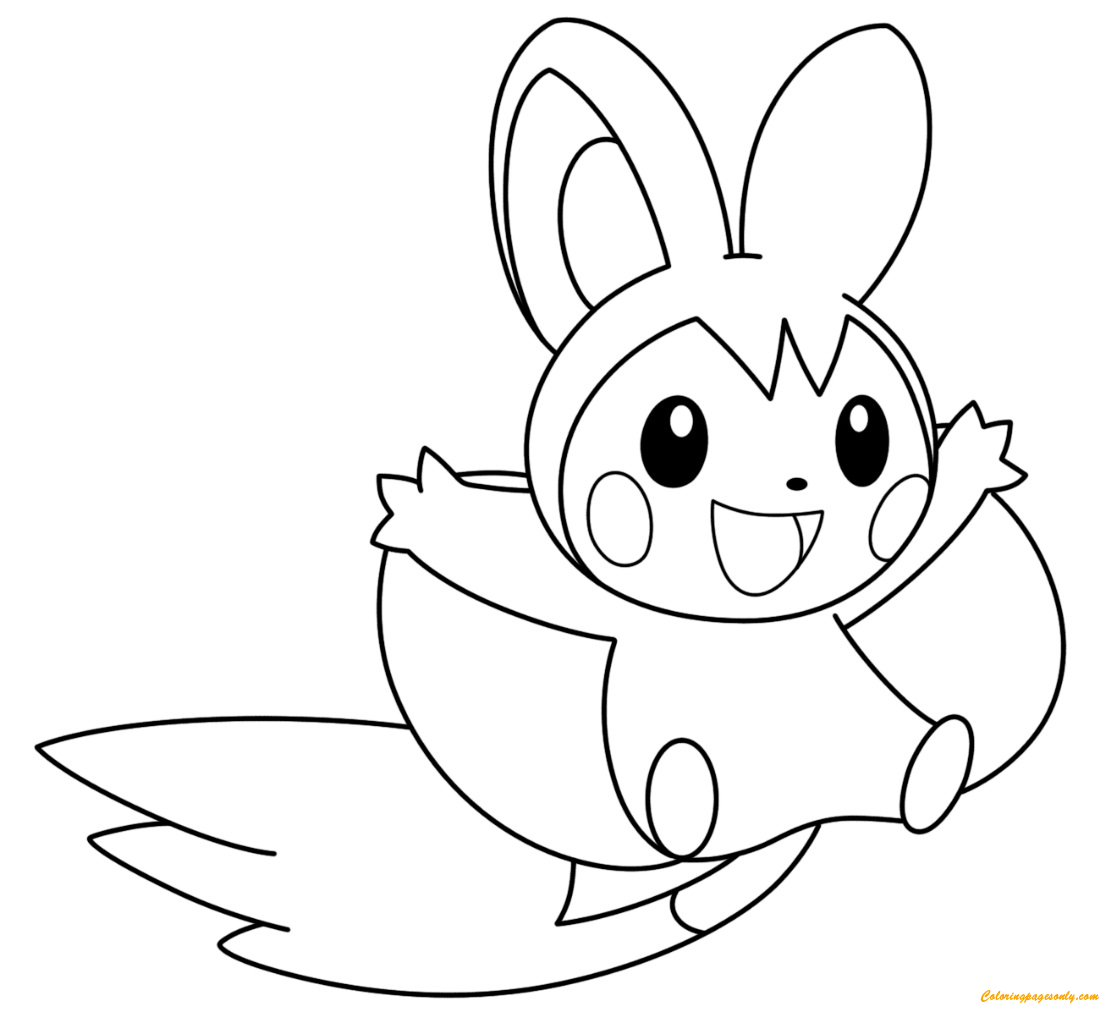 About Emolga, is a white, rodent-like Pokémon resembling a flying squirrel. It has black eyes, a tiny nose, and yellow cheek patches. It can create electricity on its electric sacs located on its cheeks and store electricity inside its membranes. Its ears, positioned at the top of its head, are rounded in shape and black in coloration, with yellow and white sections of coloration in the inside of its ears. It sports a vaguely hood-like patterning of black around its head, with a spiky extension of the pattern above its face. It has yellow winglike flaps connected to its three-fingered arms. It can use these flaps to glide from tree to tree, and it can discharge electricity while gliding. Its feet are white and fairly small and its black tail is in a jagged shape. Right now, you can choose right colors to color for Emolga Pokemon picture. After finished it, send gifts to your friends as a gift. Have fun!