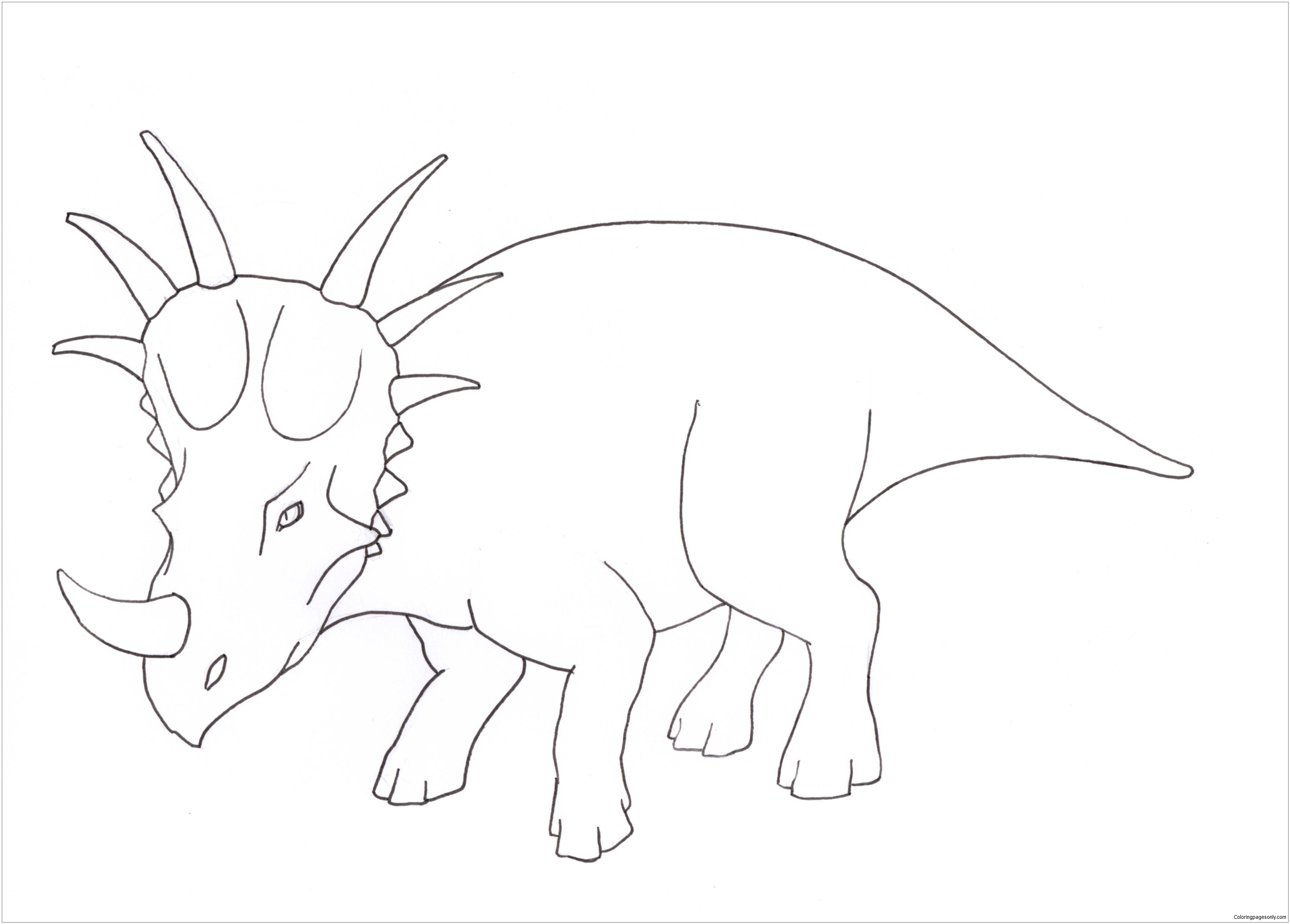 Styracosaurus was a herbivore that lived in the Cretaceous period, 76 – 70 million years ago. It was part of the ceratopsian group of dinosaurs, meaning those that were large, horned, frilled, herding herbivores. Styracosaurus means spiked lizard. It has a spiked neck frill with at least 4 spikes, and sometimes had small horns on its face, plus it had a large horn which pointed upwards on its nose. This dinosaur had a large skull with a beak, and it had cheek teeth which it used to eat plants. It walked around on 4 short legs, and was thought to have been a herding dinosaur.
This Styracosaurus is ready for coloring. And you? Are you ready? Just print it out and using crayons or colored pencils to make a nice picture. Have fun!