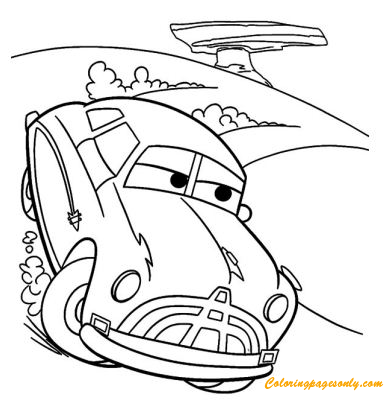 About The Doc Hudson Coloring Page

Doc Hudson was an animated, anthropomorphic retired race car who appears in the 2006 Pixar film Cars as a medical doctor and a local judge. He is voiced by actor Paul Newman in the first and third films and video game, and Corey Burton in all other media. Six-time Turismo Carretera champion Juan María Traverso voiced the character in the Rioplatense Spanish version. He is modeled after a 1951 Hudson Hornet. Today, we invite you to this coloring page. You can print this coloring page and color. Have fun!