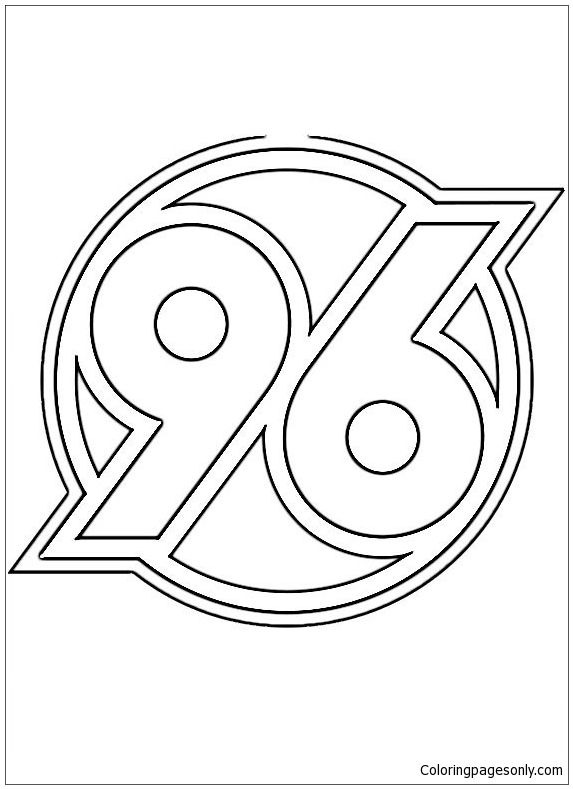 Hannoverscher Sportverein von 1896, commonly referred to as Hannover 96, or simply 96, is a German association football club based in the city of Hanover, Lower Saxony. Hannover 96 play in the Bundesliga, the first tier in the German football league system, having earned promotion from the 2. Bundesliga, Germany's second tier, after finishing runners-up in the 2016–17 season. Hannover 96 was founded in 1896. Hannover have won two German championships and one DFB-Pokal. Hannover's stadium is the HDI-Arena. Below is the logo of Hannover 96 Football Club you can download to your computer or print it out and color it your own way. Or color online on our site. Much fun!