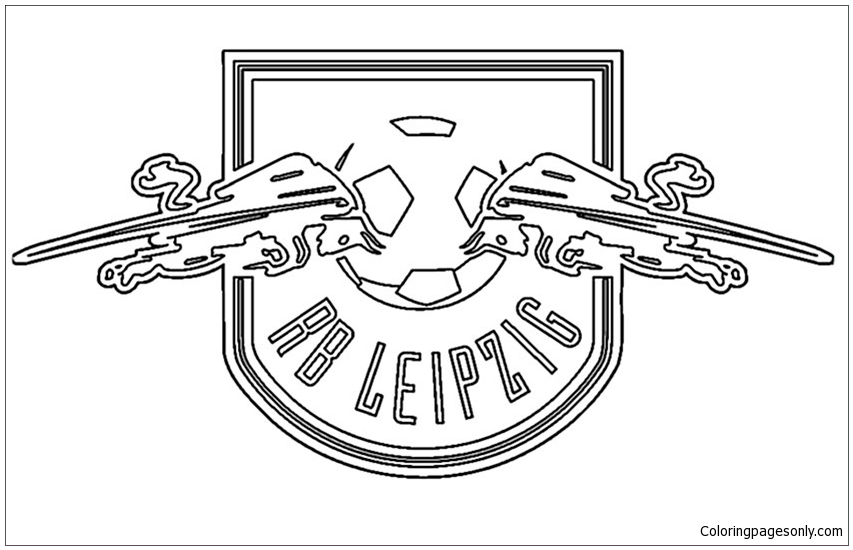 RasenBallsport Leipzig e.V., commonly known as RB Leipzig, is a German association football club based in Leipzig, Saxony. The club was founded in 2009 by the initiative of the company Red Bull GmbH, who purchased the playing rights of a fifth division side SSV Markranstädt, with the intention of advancing the new club to the top-flight Bundesliga within eight years. Men's professional football is run by the spin-off organization RasenballSport Leipzig GmbH. RB Leipzig plays its home matches at the Red Bull Arena. On 8 May 2016, RB Leipzig ensured promotion to the Bundesliga for the 2016–17 season with a 2–0 win over Karlsruher SC. One year later, RB Leipzig captured a place in the 2017–18 UEFA Champions League by finishing as runners-up of the Bundesliga. Below is the logo of RB Leipzig Football Club you can download to your computer or print it out and color it your own way. Or color online on our site. Much fun!