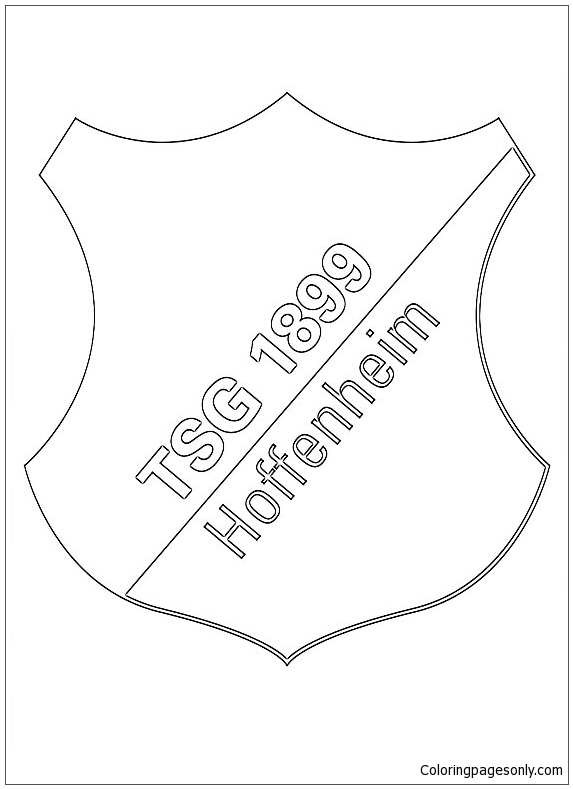 Turn- und Sportgemeinschaft 1899 Hoffenheim e.V., or simply TSG 1899 Hoffenheim is a professional German association football club based in Hoffenheim, a village of Sinsheim municipality, Baden-Württemberg, inside the Rhine-Neckar Metropolitan Region. A fifth division side in 2000, the club made a remarkable advance to the German football league system top tier Bundesliga in 2008 with the financial backing of alumnus and software mogul Dietmar Hopp. The modern-day club was formed in 1945, when gymnastics club Turnverein Hoffenheim (founded 1 July 1899) and football club Fußballverein Hoffenheim (founded 1921) merged. At the beginning of the 1990s, the club was an obscure local amateur side playing in the eighth division Baden-Württemberg A-Liga. They steadily improved and by 1996 were competing in the Verbandsliga Nordbaden (V). Below is the logo of Hoffenheim Football Club you can download to your computer or print it out and color it your own way. Or color online on our site. Much fun!