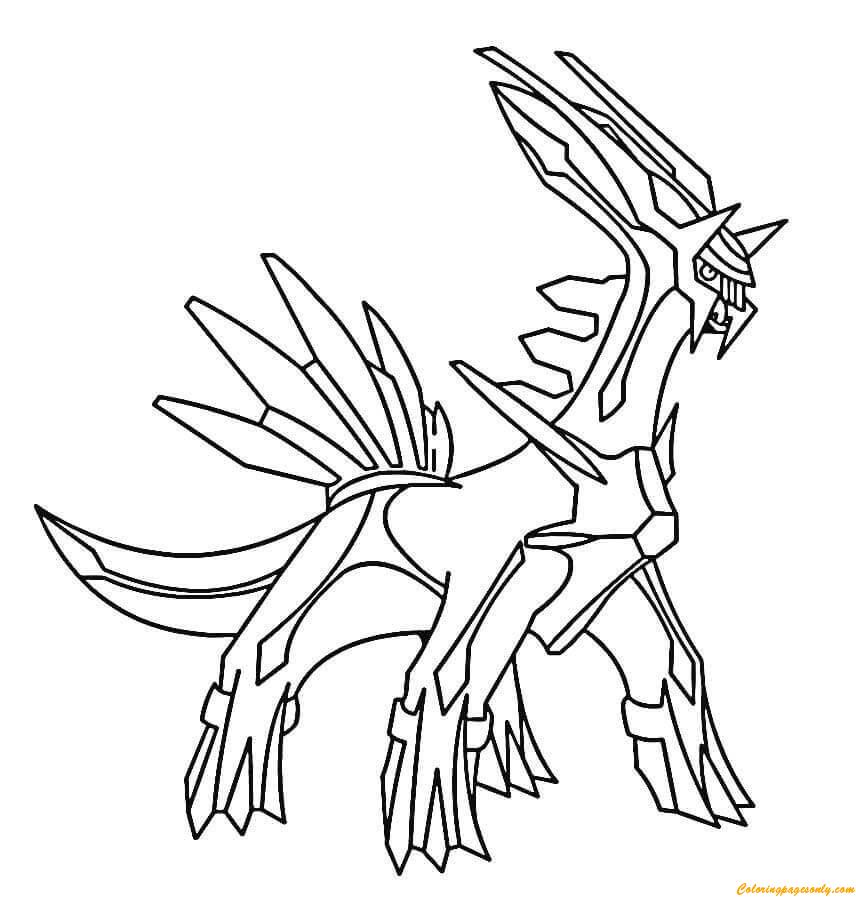 Dialga is a dark blue sauropod-like Pokémon with some gray metallic portions, such as its chestplate, which has a diamond in the center. It also has various light blue stripes. It has a fin-like structure on its back and a crest on its head, resembling a dinosaur. Dialga also has two horns on top of its head, two fang-like horns around its mouth, and three spines on the back of its neck. It has three claws on each foot of the same metallic looks as its chestplate. The wing-like structure on its back can be used to focus the flow of time, as seen in Explorers of Time, Darkness, and Sky.
This is black and white image of Dialga. Print it out and using crayons or colored pencils to color for a nice picture. Or color online on our site with colors machine. Have fun!