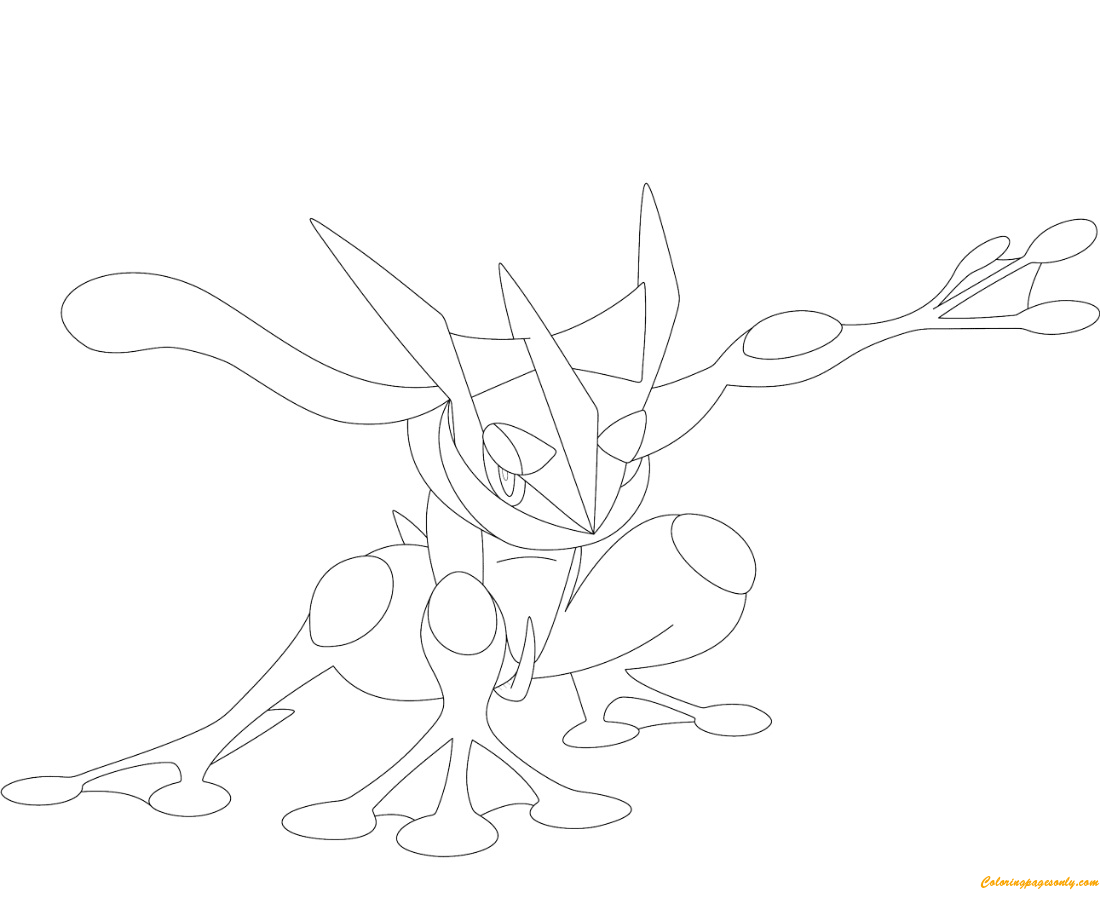 Greninja is a large, bipedal, frog-like Pokémon. Its body and legs are dark blue, with single large white bubbles on its legs and arms and white spots over its eyes. On the sides of each of its upper thighs is a light blue, four-pointed star, which resembles a shuriken. Its back feet have two toes, while its front feet have three toes. Its feet are webbed, and it has a yellow chest and a yellow-and-blue face. It has eyes with white sclera, red irises, and white pupils. A large, projecting dark blue stripe runs down the middle of its head, with projecting light blue stripes in between its large, yellow ears. Its mouth is hidden behind a large, pink tongue that wraps around Greninja's neck and extends outward behind its head.
Hello all kids love Pokemon! This is black and white picture of Greninja. Just print out and using crayons or colored pencils to make a nice picture. Don't forget add your Pokemon collection. Have fun!