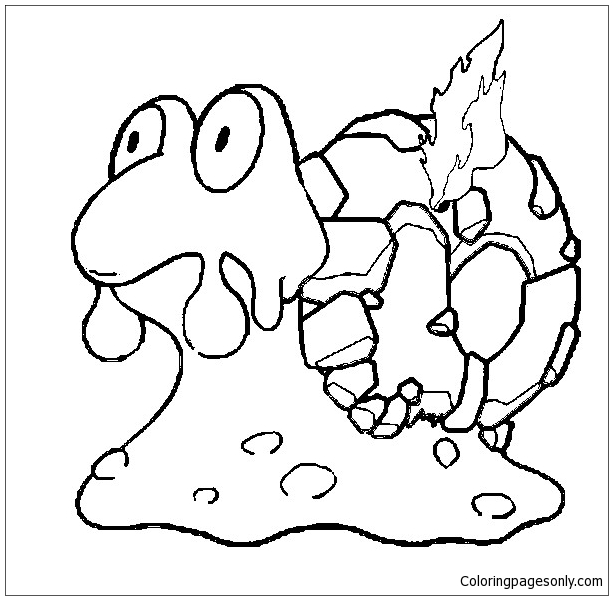 Magcargo is a limbless, snail-like Pokémon consisting almost entirely of bright red magma. Its oval eyes are large and yellow with small pupils, and extend upward from its head. It has a bulbous snout and a wide mouth, with two drops of magma dangling from each side of its upper jaw. Magcargo's back is protected by a gray, spherical shell composed of hardened, but brittle magma, forming irregular lumps and plates. A streak of fire leaks from the side of its shell. Magcargo's lower body is amorphous and covered in bubbles of magma. This is black and white picture of Magcargo Pokemon. Right now, you can print it out and using crayons or colored pencils to make a nice picture. Have fun!